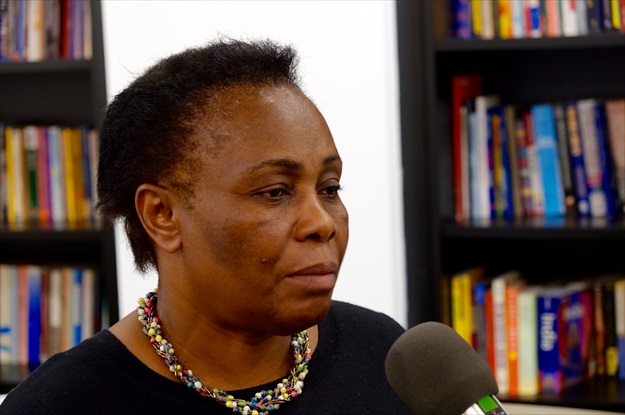 Women-led groups in the African Great Lakes region are demanding a more active and integral role in on-going peace processes, a female activist has said.
Julienne Lusenge from the Democratic Republic of the Congo (DRC) is a member of the Women’s Platform for Peace, Security and Cooperation Framework backed by the UN.
As the head of a peace movement called SOFEPADI and president of FFC, she has braved death many times, fighting to stop violence against women in areas where armed groups operate.
She spoke to Jocelyne Sambira following a meeting with the UN Special Envoy for the Great Lakes region in New York
more information and if you want to listen to julienne’s interview on :http://www.unmultimedia.org/radio/english/2016/03/great-lakes-women-demand-more-active-role-in-peace-talks/#.Vvpom9J97IW

Follow Us on
COVID 19 CRISIS: STAY SAFE! SUPPORT GRASSROOTS ORGANIZATIONS FIGHTING TO PROTECT THEIR COMMUNITY
This site uses cookies. By continuing to visit this site you are agreeing to the use of cookies. Find out more.